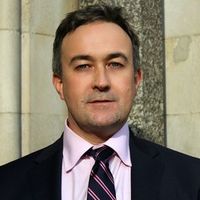 In short, India presents a massive opportunity but it's going to be a bumpy ride!

Will the legal market finally open up to international law firms as the article suggests? - we are getting a consistent message saying it's now a "when" not an "if" - we have heard estimates on timing of between 9 months and two years.

And when it does open up? - there is a relatively small pool of international calibre legal talent on the ground - predictions are that we could see a bun-fight to recruit the best "well-connected" partners / tie up with the right firms. Timing is key!

Of course, depending on the model used, there are important lessons that should be learned from office openings in countries such as China and Singapore where some firms have thrived but others have closed and moved on. That said, there is little doubt that with the right well-informed strategy, India will present some great opportunities for the legal sector.

The market opening has even been described to me by one senior partner as "a once in a lifetime opportunity" - only time will tell...

The Society of Indian Law Firms (SILF) has contacted its members saying the opening of the country’s legal services market to foreign firms is inevitable and imminent. External Funding - is this the end of the beginning?
William Nell

"When you merge cultures well, value is created. When you don’t, value is destroyed"
William Nell

Moving on up!
William Nell
Recent posts from Signium UK

The race to secure top talent has begun, but don't bother trying unless you know how to select, to nurture and retain.
Dominique Graham

The stormy present requires us all to "think anew and act anew...."
Jane Pittaway

Is the world on the 'naughty step'?
Jane Pittaway