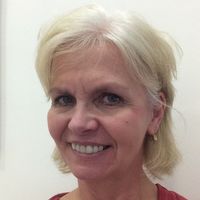 Jamie Oliver announced last week that he is turning the remains of his business empire into an ethical B Corp that officially gives equal weight to people, the planet and profit.

His announcement followed hot on the heels the recent decision of the influential Business Roundtable (BRT) lobby group, which represents 181 of the US’s biggest companies including Amazon, Boeing, Coca-Cola, Ford, IBM and Johnson & Johnson, to redefine the purpose of a corporation.  Previously, the BRT explicitly put the interests of shareholders above all other stakeholders.  Now its aim has been transformed to include “delivering value to our customers”, “investing in our employees”, “dealing fairly and ethically with our suppliers” and “supporting the communities in which we work” which are now all mentioned before “generating long-term value for shareholders” which comes last on the list.

The new declaration goes even further by stating:  “We …. protect the environment by embracing sustainable practices across our businesses.”   Diversity and inclusion are not new, although of course it is great to see them enshrined in the principles, but the stated aim of protecting the environment really is something new and exciting - the first concerted corporate response to the climate emergency which has now been declared by governments and cities around the world.  In the US, where the President still denies the existence of climate change let alone a climate emergency, this really is a radical step particularly coming as it does from some of the largest and strongest capitalist businesses on the planet.

Only a few days later, a group of business leaders in the US who already lead B Corps including the heads of outdoor clothing brand Patagonia and the owner of The Body Shop owner Natura took out a full-page ad in Sunday’s New York Times to champion a more ethical way of doing business. The advert is aimed at members of the BRT and encourages them to not just "talk the talk" but to 'walk the walk" of stakeholder capitalism by operating with a better model of corporate governance - the B Corp model.

B Corps are not particularly new but they are an increasing phenomenon especially in the UK.  As B.Corps own website says: “Certifying as a B Corporation goes beyond a product or service certification. It is the only certification that measures a company’s entire social and environmental performance.”   As The Guardian reported back in 2016 "Most B Corps are small to mid-sized privately-held companies, but bigger firms are showing interest. The French food company Group Danone said it would work with B Lab to develop ways to make B Corps certification more manageable and meaningful for large, publicly-traded multinational corporations that are engaged in a variety of businesses in different geographies."

To date very few law firms have successfully navigated the accreditation process.  In the UK the first and, so far, the only law firm to do so is Bates Wells. Congratulations to them - it is a very forward thinking approach and one which the rest of the legal industry would do well to follow.  For the larger firms the process would be long and arduous and one which may not be supported by the partnership, but for young challenger brands looking to distinguish themselves in the battle to attract and retain talent, particularly millennial talent I can see that the approach offers many advantages going well beyond simple employee ownership and corporate social responsibility schemes.

Even if, as a law firm managing partner, you don't believe that your firm could possibly “go all the way”, the B Corp website offers some very useful free assessment tools which provide much food for thought.  On the premise that one shouldn’t let perfect be the enemy of good, any steps taken in the direction of B Corps have got to be steps in the right direction in the modern (burning) landscape....

Note: Interesting fun fact for lawyers out there - B Corp accredited companies are not to be confused with benefit corporations.  The latter is a particular legal model which is currently only available in around 30 US states, Puerto Rico and Italy.  Anyone with me in thinking the UK which likes to consider itself a leader should be next to adopt such legislation?

The bosses of some of the world’s biggest companies, including Apple and Amazon, have been told to put the planet before profits – not by environmental campaigners but by other multinationals, including Danone’s US arm, and a unit of Unilever. ..... The letter – addressed to the powerful group that includes Jeff Bezos, the founder and chief executive of Amazon, and Tim Cook, the boss of Apple – is designed to capitalise on the BRT’s recent landmark decision to change its definition of the “purpose of a corporation” from making money for shareholders to include broader goals such as caring for staff and the environment. [The "letter" was an open letter published as a full page ad in The New York Times] 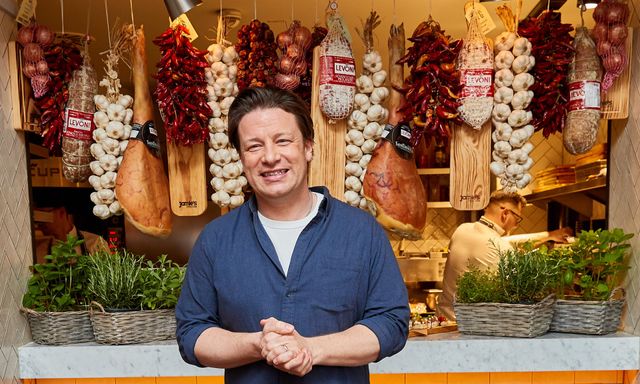 Now @jamieoliver is setting his sights on joining the movement of people using business as a force for good. Today in @guardian. https://t.co/jFh4AFxTcX

Jamie Oliver to create ethical 'B Corp' from remnants of his empire https://t.co/iRajSM1KNV

The relative poverty rate among #G7 countries on gross incomes, before taxes and transfers, was 30% in 2016, up 7 percentage points over the previous 30 years https://t.co/y30vlSBjgS #G7Biarrtiz pic.twitter.com/V84t99EPjZ

Be informed through a choice of 30+ seminars and workshops targeted at all stages in the employee ownership business cycle at our Annual Conference 2019! Find out more on our website: https://t.co/WLflqhCHH8 pic.twitter.com/vSNhsByrDt

“The need has never been greater for an alternative way of doing business” - Riverford founder Guy Singh-Watson
There are now around 370 employee owned businesses in the UK, and we are proud to be one of them.
More on @EC_magazine https://t.co/KeFK4CO2aN

We are honored to be named to the @FortuneMagazine Change the World list for #IBMFoodTrust. Learn how this solution is making food safer for people around the globe: https://t.co/mVgtEFhtTD #WHD2019 | #ChangeTheWorld pic.twitter.com/EuhasqC3dy

Law firm innovation? Given it is Earth Day today, my question is which UK law firm will be first to appoint a Chief Climate Change Officer (CCCO)?
Jane Pittaway